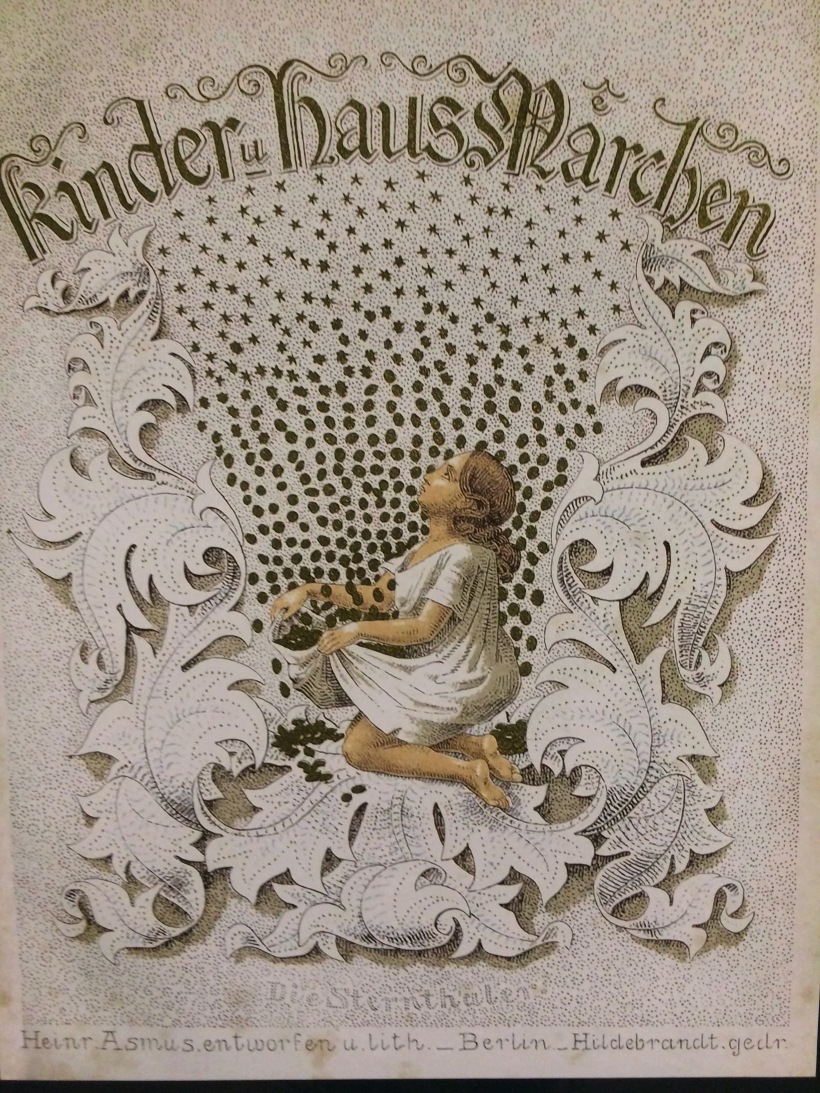 Like so many kids, my earliest exposure to visual art was in the pages of children’s books.

Jean de Brunhoff’s illustrations to accompany the Babar series pulled me into the elephant’s adventures. Even if there were scenes of imminent danger, something about the softness of the watercolour and pencil drawings was reassuring that everything would turn out fine in the end. And it did, of course, which is how de Brunhoff’s son Laurent was able to pick up the series and continue adding instalments to this day.

From simple line drawings to the most elaborately detailed scenes, art in kids’ books is a key part of building literacy. Illustrators convey ideas and emotions from the text in pictures so children can process them.

Sample illustrations from the Osborne Collection of Early Children’s Books 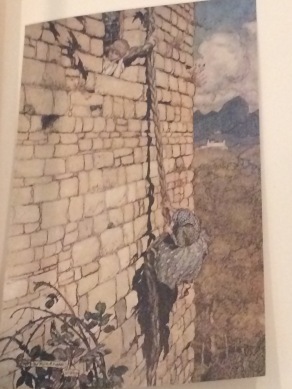 It’s also an introduction to art appreciation, as close as the library or bedroom bookshelf. Many illustrators are such talented artists that their works could be hung in a gallery. 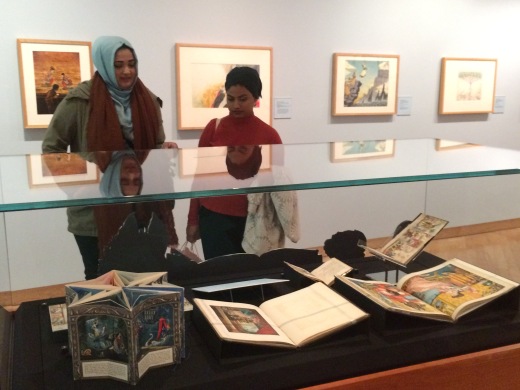 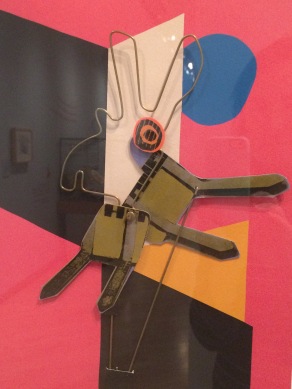 A removable puppet in a picture story about Anansi and Rabbit

Which is exactly what’s been done at the Toronto Reference Library in the show Once Upon a Time.  Located on the first floor in the TD Gallery, it’s an exhibit of fairy tale books and illustrations, taken from the Osborne Collection of Early Childhood Books

It’s a pleasingly small exhibit. If you’ve got a toddler with you, it’s easy to explore in a mere 20 minutes, with puzzles and questions to entertain kids at their eye level. 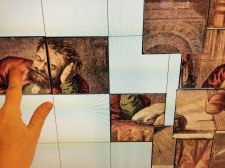 At the same time, it is a thoughtful retrospective on the evolution of fairy tales from oral tradition to picture books for adults to linger on.

I was amazed to learn Beauty and the Beast is based on a second-century story Roman story. And way back in the 17th century, Charles Perrault, grandfather of modern fairy tales, gathered stories from neighbours and wrote them down in a volume of Top 10 all-time hits, including Sleeping Beauty, Cinderella, Puss in Boots and Little Red Riding Hood. 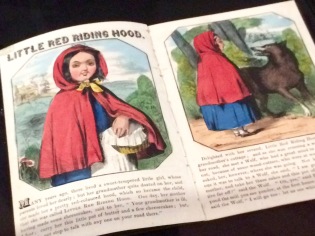 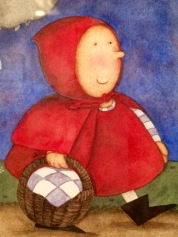 You’d think the endings to such classics would be set in stone, but they vary depending on time and place. Perrault’s Red Riding Hood got eaten by the wolf. The End. The Brothers Grimm had a huntsmen help her out, and in a similar story from China, Grandmother Tiger, the little girl is her own heroine.

Just as the stories are fluid and varied, so is the artistic interpretation, a mirror of changing time and cultural influences, and the unique talents of illustrators themselves.

Once Upon A Time: Fairy tales from the Osborne Collection of Early Children’s Books is on now at the TD Gallery in the Toronto Reference Library, 789 Yonge. St. from now through Jan. 15.

I’m Laura Boast. I’ve made a career out of creating as a writer, editor and producer. At the core of all my work is a love of artistic expression. I believe we’re all creatives, from the kid doing sidewalk art to the professional musician. This blog is my opportunity to showcase the art I see in and around Toronto. Like what you see? Tweet me!

An inspiring and thoughtful blog about design, living better and the slow movement.

The World according to Dina

Notes on Seeing, Reading & Writing, Living & Loving in The North

If you want to be a hero well just follow me

Turn and print all your digital contents, blogs and social networks into amazing real paper books on blookup.com

Insights from a Canadian bobblehead's perspective

travel and be speechless then write and be a storyteller

love, life, yoga and every nuance in between

beauty is in the eye of the beholder